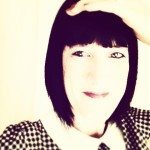 The scope of this research will be printing education between 1890 and 1990. These dates mark the emergence and subsequent decline of the printing schools. This thesis will consider the social, economic, industrial, technological and educational conditions that brought about the establishment of the schools of printing; the reasons they flourished; and the causes of their demise. It will consider the teaching methods employed by the schools; the work they produced; and their relationships with the industry they served.

To address these issues, I will consider the work of some of the early pioneers of printing education. My specific case study will be Leonard Jay, first Head of the Birmingham School of Printing (1925-53), which was widely regarded as pre-eminent in Britain if not the world. I will consider Jay’s pioneering and influential approach to print education in the first half of the twentieth century; his impact on and relationship with the printing industry locally, nationally and internationally; and his lasting legacy which has been passed on through the many students of the School who became teachers themselves or who built successful careers in the commercial print industry.

Centre for Printing History and Culture