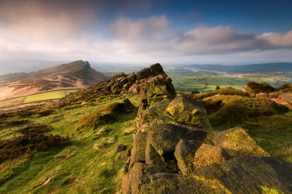 This seminar is the first to be presented by members of the HEAD research cluster. The research within HEAD (History and Education in Art and Design) is wide-ranging, potentially embracing any aspect of visual culture from any period of history up to and including the present day, as well as exploring past and current issues and approaches in art and design education.  HEAD will be hosting three research seminars within the SOARS programme, to take place in the summer 2017, autumn 2017 and spring 2018 terms respectively.

All staff and students welcome!

Joe Hawkins, Head Landscape Gardener at Hagley and PhD student, School of Architecture | ‘Thy British Tempé – What are the elegiac and associational aspects in the eighteenth-century landscape of Hagley Park?’
This research project will explore the aesthetic influences that shaped the period appearance of Hagley Park and aims to expand our understanding of the park’s eighteenth-century conception, design and complexion to inform a current restoration programme with an accurate period authenticity. The identification of elegiac aspects and other associative elements will mark the park’s position as a progenitor of the English Landscape garden genre, and illustrate that the park’s scope, innovation and poetic allusions, as design precedents, had an influence that reached far beyond our shores.

Stuart Mugridge, PhD student, Birmingham School of Art | ‘-and-being-of-the-#langscape-: exploring the malleability of landscape, language and the creative act’
This practice-led research proposes a logic for the creative act animated by Foucauldian parrhēsia, Baradian intra-action and Deleuzian stuttering and undertaken via the terrain of art writing along with the exerting voices of writing, running, and performing. Haunting the research are the figures of the British Romantic, the Diogenean Cynic and the tactician—all ‘updated’ for the digital age. As writing (understood here both verbally and nominally) becomes the practice, any simplistic and binaric view of theory/practice becomes short-circuited—the boundaries are acknowledged for their indication of influence rather than as structures of disciplinary confinement.