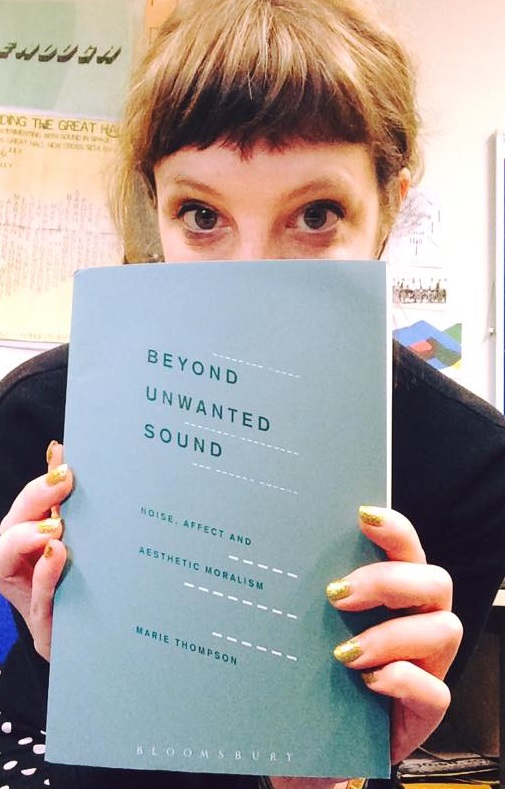 Dr. Marie Thompson (University of Lincoln) | Gendering mediation: feminized noise, prenatal speakers and sonic (re)production
The sonic medium, the means of mediation, has often been directly and indirectly conceptualised in relation to historical imaginations of the feminine and feminized reproductive labour: it is a facilitator, a passive container and carrier, awaiting inscription. Yet the sonic medium is also necessarily noisy and noisily necessary. Drawing on Zoe Sophia’s notion of (feminized) container technologies (2000) and the relatively recent phenomenon of ‘prenatal speakers’ which allow pregnant people to play music to their unborn baby, this paper traces the connections between noise, femininity and sonic (re)production.

Prof. Nicholas Gebhardt (Birmingham City University) | Must We Mean What We Play? (with apologies to Stanley Cavell): sound and sense in Miles Davis’ “My Funny Valentine”
This paper explores the boundary between jazz improvisation and the ‘ordinary language’ philosophy of J. L. Austin, Ludwig Wittgenstein and Stanley Cavell. I begin by sketching an approach to understanding improvised music that discovers in specific solos instances of what these philosophers mean when they use the concepts of the ordinary, the close-to-hand, the common, the unexceptional, and the everyday. My argument is that ordinary language philosophy provides us with a theoretical framework for challenging the commonly asserted notions of jazz improvisation as either as an ungrounded, aimless activity, which is unconnected to reality, or as a process that is in some way comparable with composed music. Instead, I want to propose that jazz improvisation is best understood as part of those ordinary, unrehearsed, lived activities through which people orient themselves in the world and so become conscious of themselves talking with, and being among, others. In order to demonstrate these points, I will compare the opening bars of a solo by Miles Davis on two different recordings he made of Richard Rodgers and Lorenz Hart’s 1937 song ‘My Funny Valentine’ and comment on several existing analyses of these recordings. My claim here is that these performances are in many ways paradigmatic of the problems of understanding improvisation as an imperfect art; and, furthermore, that this condition of imperfection exemplifies that process of what Cavell refers to as ‘returning to the ordinary’ (Cavell, 2005: 9). I conclude my discussion by exploring the implications of such incomplete or imperfect aesthetic experiences for how we think more broadly about the problem of action and meaning in music.

Marie Thompson is a Lecturer at the University of Lincoln’s School of Film and Media. She is the author of ‘Images of Research’ (Bloomsbury, 2017) and the co-editor of ‘Sound, Music, Affect: Theorizing Sonic Experience’ (Bloomsbury, 2013).

Nick Gebhardt’s publications include Going For Jazz: Musical Practices and American Ideology (Chicago), the co-edited collection The Cultural Politics of Jazz Collectives (Routledge) and Vaudeville Melodies: Popular Musicians and Mass Entertainment in American Culture, 1870-1929 (Chicago). He is also the co-editor of the Routledge book series, Transnational Studies In Jazz and the forthcoming Routledge Companion to Jazz Studies (2018).