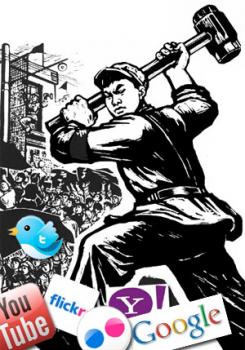 Dr. Tao Zhang (Nottingham Trent University) | The ‘illusionary hope’ of public intellectuals: The rise of online revolutionists discourse in China
Despite its remarkable economic growth and rising international influence in the past three decades, China remains an authoritarian state and has thus far failed to make any significant moves towards constitutional democracy. Since the pro-democracy movement in 1989, mainstream ‘public intellectuals’ have been responsible for constructing a reformist and gradualist discourse of political change. But this has been challenged by a rising group of radical intellectual dissidents who debunk the widely accepted premise and practice of gradualism. They argue that the idea to end China’s one-party state through reformist approaches has proved to be an ‘illusionary hope’. They believe that radical and revolutionary transition is the only possible way to bring to an end of the Chinese Communist party state. Social media has become the main platform both for the conduct of these debates and for making the ideas known to a wider public. In this presentation, I will use case studies to illustrate the tenor of these debates and investigate the philosophical underpinning of the revolutionists – particularly in their adoption of the political values of Western Enlightenment.

About the speaker:
Dr. Tao Zhang is a Senior Lecturer in International Media and Communications at Nottingham Trent University. Previously a print and broadcast journalist in Beijing, she is currently researching issues in early modern and contemporary Chinese media and political communication. She is the author of The Origins of the Modern Chinese Press: the influence of the Protestant missionary press in late Qing China (Routledge 2007) and a number of journal articles and opinion pieces.