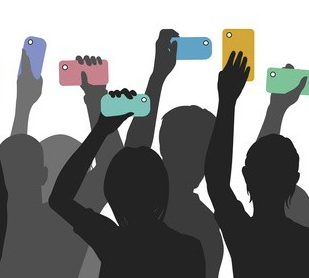 TV satire has been commended for its adoption of fourth estate attributes in its news reporting. Such positive accolades do not transpire to satire’s affiliation with politics, a consequence of its inability to create change and its association with apathy and partisanship. Today, America is experiencing intensified demonstrations of partisanship and public distrust in political and media institutions. Furthermore, in a culture where satire has become reality, TV satire’s role has become problematic. The purpose of this research was to examine whether satirist’s could offer an alternative approach to reporting in the Trump era that would blur the boundaries of the genre by encouraging audiences to engage in acts of civic agency.

Dr. Nathalie Weidhase (BCU) “Harry has gone over to the dark side”: Race and Royalty in Brexit Britain

This paper examines the mediation of Meghan Markle as a new member of the royal family in the UK press. Markle, as a mixed-race, American, feminist actor, signifies a rupture of the whiteness of the British monarchy. This is particularly significant in the current UK political and cultural climate, which has been (re)shaped by the Brexit vote in 2016 – a vote that was fuelled by “an imperial longing to restore Britain’s place in the world” (Virdee and McGeever, 2017: 1). The (sometimes subtly) racist media coverage of their relationship and engagement portrays Markle as the ‘exotic’ Other that brings ‘colour’ to the Royal Family. At the same time, this difference is also often claimed as a signifier of progress, both for the royal family and the UK.

Dr. Allaina Kilby is a lecturer in Journalism at Swansea University. She is an active researcher in the fields of satire, journalism, political communication and activism.

Dr. Nathalie Weidhase is Lecturer in Media and Communication at Birmingham City University. She has published on women in popular music and celebrity feminism and is currently researching mediations of popular feminism.