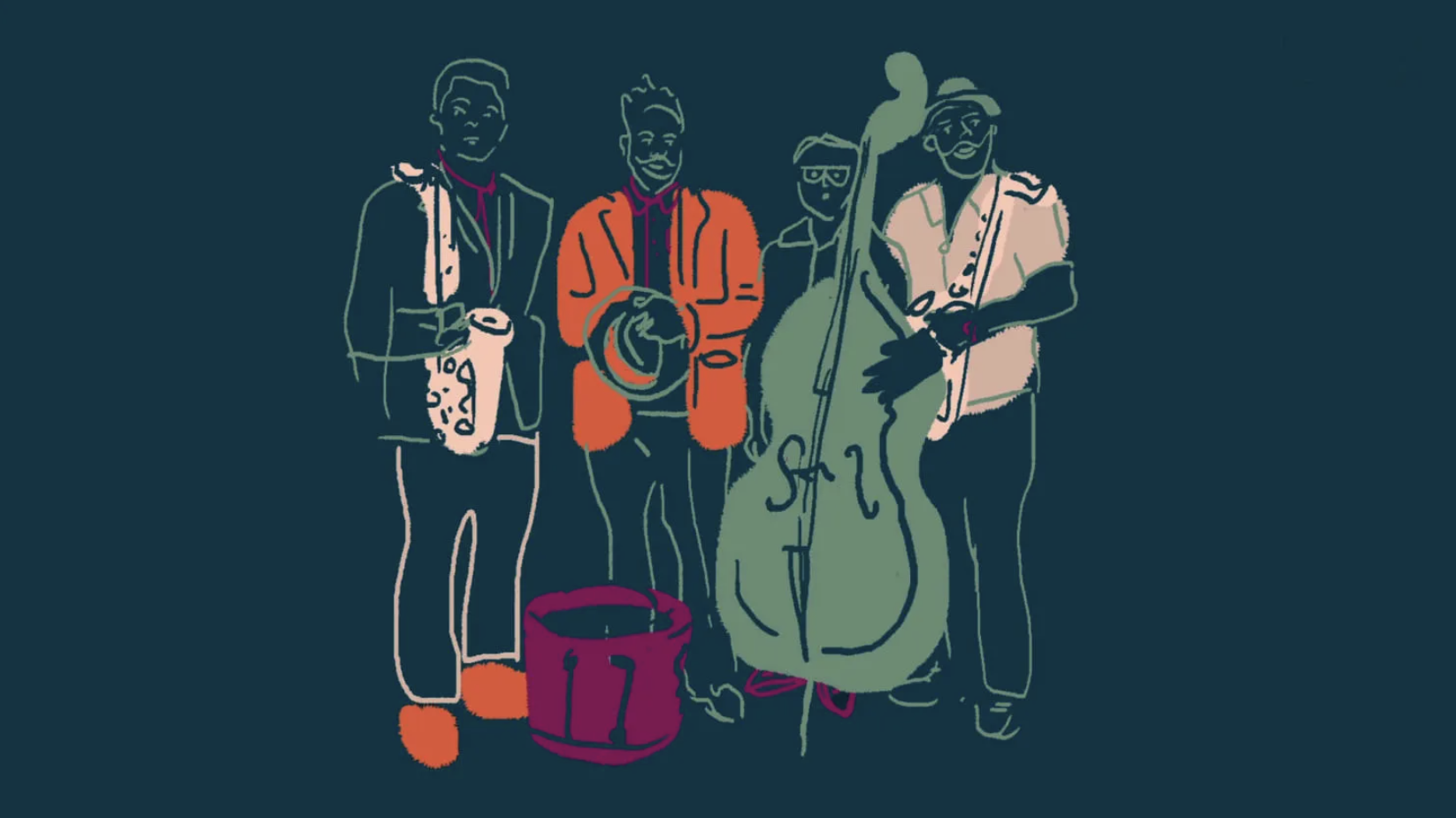 BCMCR Research Seminar – Jazz Studies: What’s the Alternative? Short Takes on Jazz in Crisis
1600-1730 Wednesday 28 October 2020
Online event: Please register on Eventbrite at this link; the online meeting link will be emailed out to those who sign up.

Jazz is in crisis. Musicians are out of work, venues are closing, festivals are mostly cancelled, and a lot of what we do is happening virtually. As with the music industries more broadly, the future for jazz is very uncertain and the prospects for change unclear. What is to be done? Through a series of short takes on our current situation, we focus on the kinds of challenges we face as jazz researchers and performers, and explore some of the alternatives available to us.

Petter Frost Fadnes is a Norwegian saxophone player, lecturer and researcher based at the University of Stavanger. With a PhD in performance from the University of Leeds, Frost Fadnes was for many years part of the highly creative Leeds music scene, and now performs regularly with The Geordie Approach, Mole and Kitchen Orchestra. He has released several albums, tours internationally, and continues to seek ‘the perfect melody’ through eclectic musical approaches – mostly within the settings of improvised music. Working in parallel as a practice-based researcher, Frost Fadnes’ interest is focused on improvisational thinking; methods and approaches related to performative processes. In parallel with varying degrees of transdisciplinary theory, his research tends to utilized ethnographic and reflective approaches, with the aim to contribute multiple perspectives of subjectivity to the improvisational discourse. With this in mind, Frost Fadnes has published on a wide range of performance-based topics, such as jazz collectives, cultural factories, film scoring, jazz for young people and improvisational pedagogy. He is Associate Professor and Assistant Dean of Research at the Faculty of Performing Arts, and former principal investigator for the HERA-funded research project Rhythm Changes: Jazz Cultures and European Identities. His book, Jazz on the Line – Improvisation in Practice, was published by Routledge in 2020.

Nick Gebhardt is Professor of Jazz and Popular Music Studies at BCU and Director of the Birmingham Centre for Media and Cultural Research. His work focuses on jazz and popular music in American culture, and his publications include Going for Jazz: Musical Practices and American Ideology and Vaudeville Melodies: Popular Musicians and Mass Entertainment in American Culture, 1870-1929. He is also the co-editor with BCU colleague Professor Tony Whyton of The Cultural Politics of Jazz Collectives, The Routledge Companion to Jazz Studies (Routledge), and the Routledge book series, Transnational Studies in Jazz.

Chris Mapp is a bass player, improviser and composer living and working in Birmingham. His work falls somewhere between composition and improvisation, using sound, music and electronics to satisfy his own sonic curiosity. As a bandleader with Gonimoblast he has worked with Arve Henriksen, Maja Ratkje, Mark Sanders, Leafcutter John and Dan Nicholls as well as being a key member of the healthy Birmingham improvised music scene. As a composer Chris uses written material as a way of igniting improvisation within an ensemble context combined with electronics, sound spatialisation and visuals. Written themes become points of departure, destinations or fragments of group improvisation. Chris has played at countless festivals, had music released on independent labels Stoney Lane Records, FMR Records, Record Kicks as well as several BBC Radio live broadcasts and record sessions.

Dr Nicolas Pillai is a Research Fellow at Birmingham City University and co-editor of Jazz Research Journal. In 2017, he was awarded an AHRC ECR Research Leadership Fellowship. Jazz 625 Live, shown on BBC Four and based on his research, went on to win Best Music Programme at the UK Broadcast Awards 2020. He is currently working on the collection Rethinking Miles Davis for Oxford University Press.

Tony Whyton is Professor of Jazz Studies at BCU. His critically acclaimed books Jazz Icons: Heroes, Myths and the Jazz Tradition (Cambridge University Press, 2010) and Beyond A Love Supreme: John Coltrane and the Legacy of an Album (Oxford University Press, 2013) have sought to develop cross-disciplinary methods of musical enquiry. From 2010-2013, Tony worked as Project Leader for the award-winning Rhythm Changes: Jazz Cultures and European Identities projects and from 2015-2018 he led the JPI Heritage+ research project Cultural Heritage and Improvised Music and European Festivals (CHIME).  Tony currently co-edits the Routledge Transnational Studies in Jazz monograph series alongside BCU colleague Professor Nick Gebhardt. He also co-edited The Cultural Politics of Jazz Collectives: This Is Our Music (Routledge) in 2015 and The Routledge Companion to Jazz Studies in 2018.  In addition to his research activities, Tony currently works as a KE & Impact Fellow for the Humanities in the European Research Area (HERA).