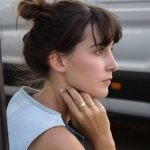 Towards Citizen Spectatorship: Visual Culture and Shifting Perceptions of Documentary Media since the Arab Uprisings

Never has protest been documented more vigorously than during the uprisings across the Middle East and North Africa in 2011. This political struggle sparked an unrivalled rise of citizen journalism that shifted the perception of documentary media substantially. What has been significantly neglected so far in public and academic discourse, however, is the role of spectatorship. Almost a decade after the so-called Arab Spring and in light of resurging protests across the region, my research will examine how our understanding of ‘citizen journalism’ has developed and how we can configure a notion of ‘citizen spectatorship’.