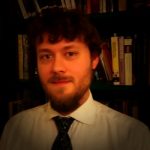 Conflicting Voices and Undecidability in the Works of Algernon Charles Swinburne

My research will analyse the Gothic potential of Swinburne by exploring the undecided and conflicting voices within his works. Swinburne’s earlier poetry caused outrage upon publication due to the ambivalent ways he dealt with taboo subjects and elevated poetic form over the didactic, morally prescriptive writing of his contemporaries. By unpacking the inherited Classical and Romantic themes within Swinburne’s works, my research will claim that he was able to pioneer early British Aestheticism. Aestheticism had significant impact on the Nineteenth Century cultural movements of Pre-Raphaelitism and the Gothic, demonstrating a significant overlap which has rarely been explored in academic literature.