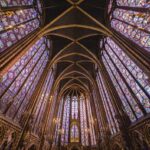 The influence of liturgical improvisation on Olivier Messiaen’s musical language

Pierre Boulez observed that Messiaen had three important aspects to his musical life: composer, teacher, and finally organist: though the latter is least well-known (having been largely confined to one Parisian church) it constituted a solid anchor-point for his musical thought. My project seeks to engage with Messiaen in this role, by analysing recordings of him improvising at the organ. The interplay between theological and musical decision making in this context is likely to help explicate aspects of his wider musical language. Equally, the liturgical context provides an under-utilised route to connect abstract music to the theological import with which Messiaen’s titles and sensibility imbue his works.