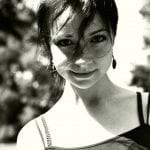 Musical Modernism’s Missing Link? An Examination of the Music Style, Life and Legacy of Alexei Stanchinsky (1888-1914)

Stanchinsky’s creative output had a profound but uncharted influence on the development of 20th century Russian modernism, and his body of works represents a missing link between early Russian Romanticism and the atonal counterpoint of the Second Viennese School. His outstandingly original music was a provocative force in Russia during his lifetime, but the adoption of socialist-realism as state artistic policy in the years following his death meant that his legacy has been neglected. My project aims to explore Stanchinsky’s life and works, as well as his place in the social, cultural and political milieu of late Imperial Russia.