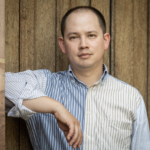 Between 1643 and 1672 the Roman cleric, writer, and musician Florido de Silvestris compiled and published fifteen anthologies of sacred concertato motets, containing works by some of the most famous composers of the day, including Benevoli, Carissimi, Foggia, Graziani. These sit alongside motets by composers whose modern reputations are far less starry, and taken as a whole give an unrivalled overview of the motet genre in mid-seventeenth-century Rome.

Forum for Seventeenth and Eighteenth-Century Music