Exploring Keats in 1817: My First Conference Paper by Rosie Whitcombe 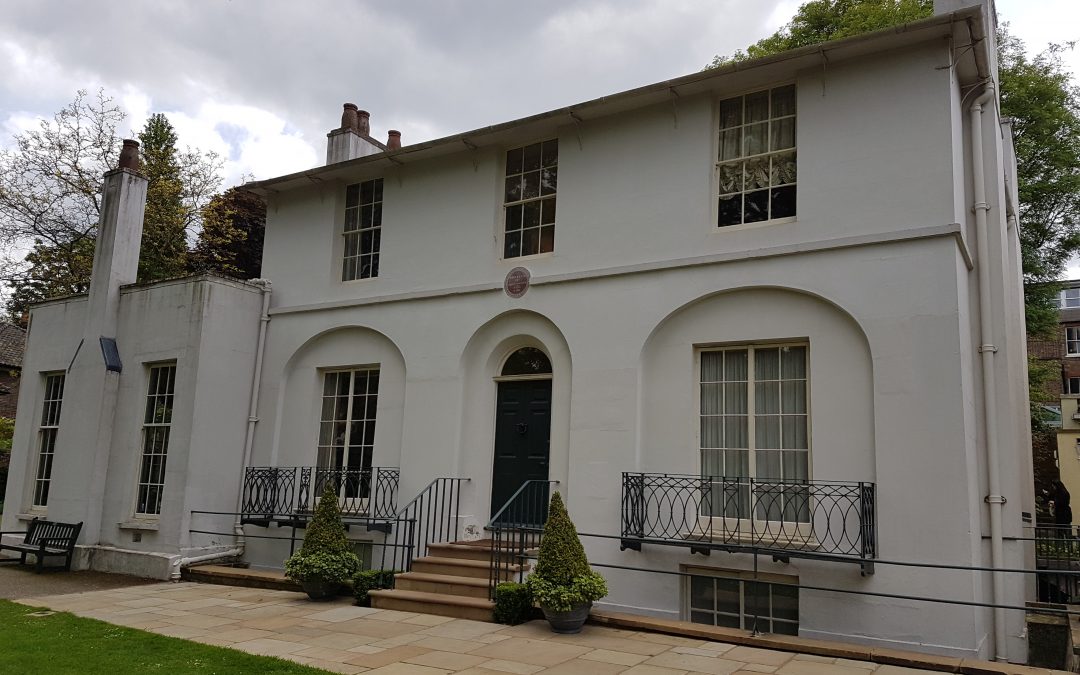 In 1817, Keats was on the move. Both physically – travelling from London to the Isle of Wight – and poetically – composing the four thousand lines that would make up Endymion – this was a year of journeying, evident in the fluid, experimental themes Keats practiced in his poetry and letters. It was Keats’s constant movement which emerged as a key theme at this year’s bicentennial Keats Conference: ‘John Keats, 1817: Moments, Meetings, and the Making of a Poet’. Organised by Professor Nicholas Roe (University of St Andrews), Dr Hrileena Ghosh, Professor Richard Marggraf Turley (Aberystwyth University), and Dr Sarah Wootton (Durham University), this year’s conference boasted a range of papers that engaged with Keats’s year of change, movement, and development, and discussed the various elements that culminated in his new poetic and epistolary identities. The conference was held at Keats House in Hampstead Heath, the place Keats found inspiration for some of his most important poetry and fell in love with Fanny Brawne. Significantly, of the places Keats lived during his adult life, at Keats House – originally Wentworth Place – he took his longest residence, spending roughly two hundred nights here, as Professor Kelvin Everest (University of Liverpool) explained in his thoughtful plenary lecture, ‘Keats amid the alien corn’. Keats lived a fairly rootless existence, couch surfing and travelling, unable to stay in one place long enough to call it home. In 1817, his semi-nomadic tendencies come to the fore, and we can see Keats, rather restlessly, moving around the country while composing Endymion, searching the landscape for new inspiration.

This year of development culminated in perhaps the most famous epistolary passage written by any poet: the conception of negative capability, Keats recipe for becoming what he terms a ‘Man of Achievement’. Moving through a series different selves, Keats’s writing year culminates in negative capability, a means through which he can relinquish control over, and accept, the uncertainties, mysteries, and doubts of his epistolary relationships. This over-arching theme of fluidity, flexibility, and losing control was something addressed by Professor Michael O’Neill (Durham University) in his paper ‘A Sense of Real Things’: Keats in 1817’. Keats’s writing is often not about what it is supposed to be about; in other words, he begins in one direction, and veers off to reach a very different place by the text’s close. Travelling within his poetry and letter writing, Keats guides his reader with a degree of fluidity that takes his narrative far away from whence it began.

This was my first time giving a paper at a conference, and I found it to be a very rewarding experience. It was great to get so much useful feedback from such a varied group of academics and independent scholars, and the networking opportunities it afforded me were priceless. My paper, ‘‘Alias Junkets’: The Creation, Containment, and Destruction of the Self in the Letters of John Keats’, assessed how Keats experiments with the form, posing the possibility for living multiple lives, existing in multiple times, and transgressing the boundaries of accepted communication in his 1817 correspondence. Being surrounded, for three days, by fellow Keatsians was a wonderful experience. I was able to discuss the minutiae of Keats’s poetry and letters and receive a range of challenging and thought-provoking opinions. I came away from the conference with a wealth of new ideas which have informed my perspective on Keats’s life and work. Inspired by the huge variety of research presented at the conference, I not only found an ideal platform from which to give my first paper, but a wealth of ideas and techniques that will go to inform my research.

In a transitory state, Keats approaches and challenges the uncertainties, mysteries, and doubts that would define his career in 1817. This year’s conference saw a resounding fascination with Keats’s physical, poetical, and epistolary journeying in what would become the blossoming year of his creative development. His constant motion in the year 1817 sees him travel the country, journey to the bottom of the sea hand in hand with Endymion, and embark upon the realms of poetic writing and theorising that would cement his position amongst the great Romantic poets. Each of the papers given at this year’s conference explored the occasions, the movements, the meetings, and the moments that went to make the John Keats of exactly two hundred years previous.

Rosie Whitcombe is a PhD student at the School of English exploring the Creation, Containment and Destruction of the Self in the Letters of John Keats. She was funded to attend the Keats Conference by the Faculty of Arts, Design & Media.