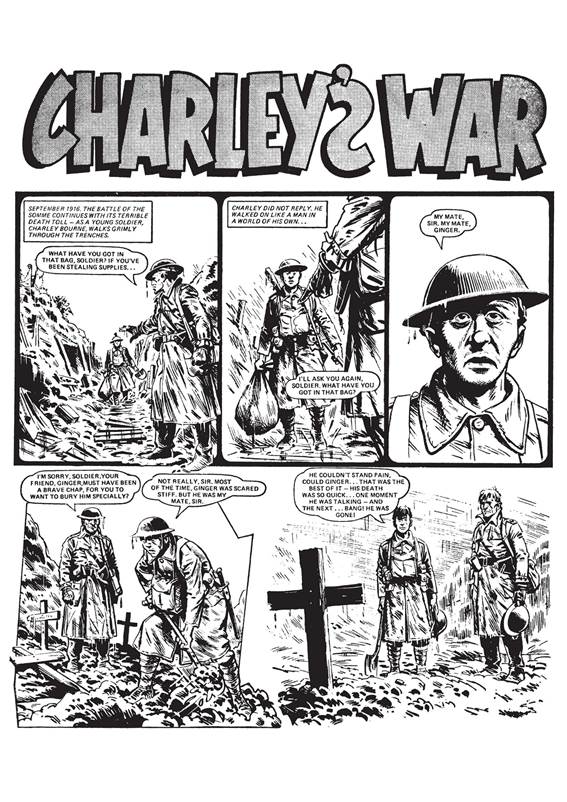 Legendary comic strip writer Pat Mills has been helping a cross section of Birmingham City University students update some of his most celebrated creations to reflect the social concerns of contemporary Britain, in a project that uses radio drama, film and comic book formats.

Described by some as the ‘Godfather of British comics’, Pat Mills was an integral part of the UK comics scene in the 1970s and 1980s, and was part of the creative teams that bought to life some of the most iconic British comic book characters such as Judge Dredd, Marshall Law, Slaine and Nemesis the Warlock.

Renowned for his hard hitting action/adventure strips, most notably ‘Charley’s War’, he bought a dark edged anti-authoritarian realism to British comics that ranged from titles such as Battle, 2000AD and Action , where his pushing of creative boundaries and social commentary caused the latter to initially be banned in the UK

Mill’s classic strip Charley’s War has been described as ‘the greatest British comic strip ever created’, and this forms a central part of the Action Re-Loaded project that sees him mentoring a BCU students over a range of multimedia productions. These include revising Charley’s War through radio drama and experimental film formats, while Action magazine itself gets an update to reflect themes relevant to contemporary Britain.

On Thursday 25th February (6.30pm-9pm) Pat Mills will be skyping into the BCU’s Creative Network event to discuss his work and comment on a selection of completed student work that will also be screened at the event.

The event is free, but booking is required through the following link:

We hope to see you at the event.