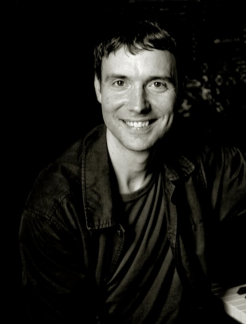 This Research Seminar investigates both the musical and the cultural clashes (and their interaction with possible re-solutions) at the heart of Thelonious Monk’s music. In Monk’s centennial year, the jazz world still disagrees about his musical legacy and meaning. Gabriel Solis has written eloquently about how Monk has been appropriated and championed by the opposing jazz camps of the Avant-garde and the Neo-classicists. Koller’s research develops from his practical experience of learning the entire Monk songbook from memory, initiated in 2004 by a project with Steve Lacy, and culminating in his work of the past 4 years with the collectively led ensemble Thelonious, with Martin Speake, Calum Gourlay, and James Maddren.

Through the experience of analyses, listening, transcription, collective practice and regular improvisatory performances this research explores the concept of dissonance, a key driver in Monk’s music in particular, and in the definition of jazz’s sonic world in general. He argues that however tangible, circumscribed and real, the Monk sound-world can be viewed as a world of open, flexible borders and transferable, utopian values, while also investigating the complex issues confronting a contemporary jazz musician dealing with the repertoire today.

Dr Hans Koller is a London-based composer, pianist and valve trombonist. In a career spanning 25 years he has worked with Dave Liebman, Bob Brookmeyer, Kenny Wheeler, Bill Frisell, Steve Swallow and many others. He has recorded 14 albums as a leader. He is Head of Jazz at Trinity Laban Conservatoire, having previously been Senior Lecturer in Jazz at Birmingham City University where he completed his PhD on George Russell’s Lydian Chromatic Concept of Tonal Organization