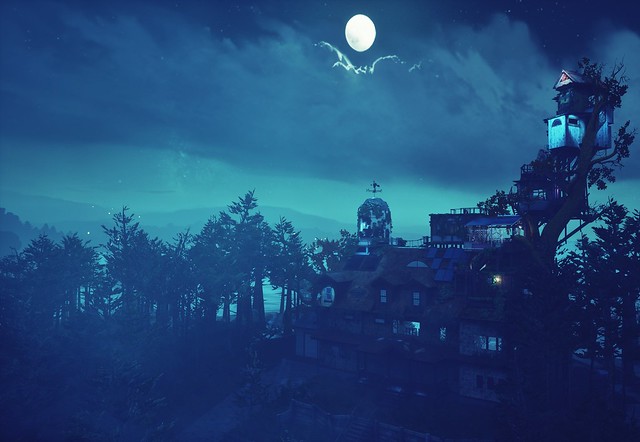 A lack of representation in games has been an issue for a while, and especially with a more diverse audience playing these games, why are the characters in the games we play not reflecting this? “Why Queer Game Jams Are Important” looks at the issue of LGBTQ+ representation in games and how queer game jams are a starting point for many people to break this barrier down.

This talk explores What Remains of Edith Finch as illustrating close proximities between videogames and Gothic media. Videogames have historically drawn on Gothic tropes across a range of genres, from dungeon crawlers to adventure games, from first person shooters to survival horror. Such tropes suit many spatial, temporal and storytelling dimensions affordances, limitations and qualities of the medium. This is exemplified in Edith Finch, a narrative-based game in which a woman investigates her old family home. The house is central to Edith Finch, a familiar labyrinthine videogame space, filled with secrets relating to its long-departed inhabitants. Play involves infiltrating various sealed rooms which, consistent with the videogame trope of environmental storytelling, are filled with artefacts reflecting the lives of each Finch family members. Every room contains a single document, a diary, a poem, a comic book, a letter, which tells of a Finch’s final moments, reproducing the Gothic trope of nested narratives employing different voices, registers and media. In transporting the player into these different doomed characters the game combines the medium’s capacity to re-embodying players with Gothic concerns relating to identity, subjectivity and complicity. In these interactive sequences the player is compelled to lead each Finch to their death. The game’s determining infrastructure thereby produces a sense of forces beyond the player’s control influencing events, effectively ludifying the curse haunting the Finch family.

Ewan Kirkland teaches Screen Studies at the University of Brighton. Focussing primarily on Silent Hill, Kirkland has published numerous papers and chapters on horror videogames. These have explored titles such as Resident Evil, Forbidden Siren and Haunting Ground, and have appeared in Games and Culture, Convergence and Camera Obscura. In the area of Gothic and horror culture, Kirkland’s work has been published in Gothic Studies, The Irish Journal of Gothic and Horror Studies and The Gothic World. More recently Kirkland’s attention has turned back to the focus of their PhD thesis on children’s culture.Children’s Media and Modernity (2017) explores film, television and digital games, and contains chapters on Little Big Planet, Disney Infinity and the CBeebies website. Kirkland’s research interests also include toy culture, dominant identities and animation, and he has published on My Little Pony, whiteness in vampire culture and The Powerpuff Girls.