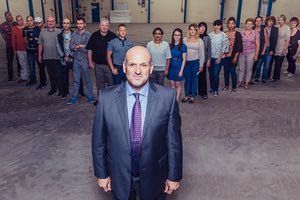 Dr. Bridget Conor (Kings College London) | Britain’s Hardest Workers: Developing a cultural political economy of the low wage economy
Britain’s Hardest Workers screened for five consecutive nights in August 2016 on BBC2. This was after a groundswell of critical reportage about this programme which was dubbed variously as ‘Hunger-Games-style’ TV, ‘poverty porn’ and ‘exploitative’ of the twenty contestants selected to compete to be the most productive worker across a range of low paid occupations from hotel cleaning to rubbish picking to e-commerce fulfilment work. This paper uses Britain’s Hardest Workers to develop a cultural political economy framework to analyse the contemporary economic imaginary of the low wage economy. Whilst this programme is a competitive reality show, it also purports to investigate a wide range economic and political issues that have fuelled low paid working conditions in many sectors: the ramifications of the financial crisis, increasing casualization and the rise of zero hours contracts. I will use this programme as a site for semiotic analysis in order to analyse if and how the low wage economy is ‘sedimented’ (Jessop 2009) and also, how the moral and evaluative aspects (Sayer 2000) of this particular programme, and its reception, relate to the broader moral framing of contemporary employment.

Alice Borchi (BCU/University of Warwick) | Occupying culture: grassroots movements, commons and the arts in contemporary Italy
This paper analyses the activities of two Italian grassroots organisations, Rebeldía and Teatro Valle Occupato, and their involvement with culture and democracy from 2011 to present days. Since the beginning of the economic crisis in 2008, the discontent of the Italian population with the implementation of austerity policies and the lack of political and economic stability caused an uprising involvement in political activism. The cultural sector, in particular, was facing a lack of state funding and episodes of poor management; in addition, many young professionals had been struggling to find a paid job, especially in the theatre sector. The dissatisfaction of the emergent creative class led to a series of demonstrations and campaigns that asked for the recognition of the rights of arts workers. Many abandoned buildings, especially former theatres, were occupied and became spaces dedicated to artistic and political experimentation. These sites became a meeting point for activists, artists and scholars who tried to build an alternative to existing cultural organisations and engage differently with their users and their local area. The organisations discussed in the case studies are Teatro Valle Occupato, in Rome, and Rebeldía, in Pisa. The two organisations both engaged with cultural activities and the occupation of abandoned buildings; moreover, they are united by the cause of the approval of a law on the commons by the Italian parliament. However, despite their similarities, they have different purposes and different ways of involving their audiences in participating to democratic processes. This analysis will take into account the history of Teatro Valle Occupato and Rebeldía, and their artistic and political practices. Furthermore, it will examine the relationship of these organizations with the local and national government, underlying issues of legality and legitimization.

Dr. Bridget Conor is a Senior Lecturer in the Department of Culture, Media and Creative Industries at King’s College London. She is the author of Screenwriting: Creative Labour and Professional Practice (Routledge 2014) and the co-editor of two recent collections, Gender and Creative Labour (with Rosalind Gill and Stephanie Taylor) and Production Studies the Sequel! (with Miranda Banks and Vicki Mayer).

Alice Borchi teaches in the School of Media and is a final year PhD applicant in Cultural Policy Studies at the University of Warwick. Her research interests include cultural value, the commons and grassroots arts activities.