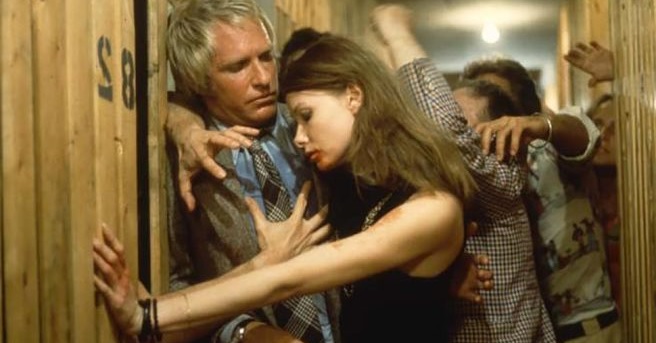 Dr Oliver Carter (BCU) | Hardcore Guaranteed: Making Pornography in 1960s Britain
This paper draws on research conducted for the opening chapter of a future monograph on British hardcore pornographic filmmaking and the forthcoming documentary Hardcore Guaranteed: The Mike Freeman Story. It explores the emergence of hardcore pornographic film production in 1960s through a case study of the film maker of Mike Freeman. I describe this industry as an alternative economy of enterprise, a space where laws are navigated and circumvented, new technology enables enterprise and produced artefacts are exchanged for a an economic benefit. The paper considers the cultural, political and economic conditions that might have led to the birth of this economy, arguing that a culture of permissiveness, the urban space of London’s Soho, and the arrival of consumer film making technology collectively contributed to its development. It is based on extensive ethnohistorical research, including interviews with players in the economy, such as Mike Freeman, and features extracts from Hardcore Guaranteed: The Mike Freeman Story.

Prof. Xavier Mendik (BCU) | Tax Shelter Terrors: The Real Story of Canadian Cult Cinema (documentary screening and contextual introduction)
Tax Shelter Terrors (2016) is the first documentary to explore the social and historical significance of a decade of controversial Canadian films that were released between 1974 and 1984. When the national government launched the Canadian Film Development Corporation in 1968 and the Capital Cost Allowance Act in 1974 it was supposed to herald a new ‘golden age’ of national cinema funded by a fusion of state subsidies and private investment. However, the films created ranged from grisly body horror narratives and home invasion thrillers to ‘slasher’ films and ribald teen movies, all of which provoked condemnation, parliamentary discussion and even requests for filmmakers to be deported. In Tax Shelter Terrors: leading filmmakers, critics and historians evaluate the hidden history of Canadian cult film, as well as considering how these narratives reflected wider social and political tensions occurring at the time.

Dr. Oliver Carter is a senior lecturer in media and cultural theory at the Birmingham Centre for Media and Cultural Research, Birmingham City University. His research explores alternative economies of cultural production; forms of enterprise and industry that are often removed from a formal creative industries discourse. He is the author of the forthcoming monograph Making European Cult Cinema: Fan Enterprise in an Alternative Economy, published by Amsterdam University Press, and his recent research into the British adult film industry informs the forthcoming documentary about the British adult filmmaker Mike Freeman titled Hardcore Guaranteed (Rose Tinted Productions).

Xavier Mendik is Professor of Cult Cinema Studies within the Birmingham School of Media from where he runs the Cine-Excess International Film Festival. He is the author/editor/co-editor of nine volumes on cult cinema traditions including Bodies of Desire and Bodies in Distress: The Golden Age of Italian Cult Cinema (2015), Peep Shows: Cult Film and the Cine-Erotic (2012) and The Cult Film Reader ([with Ernest Mathijs],2008). He has also completed a number of documentaries on cult film traditions, the most of which is Tax Shelter Terrors. Horrors and Hardcore