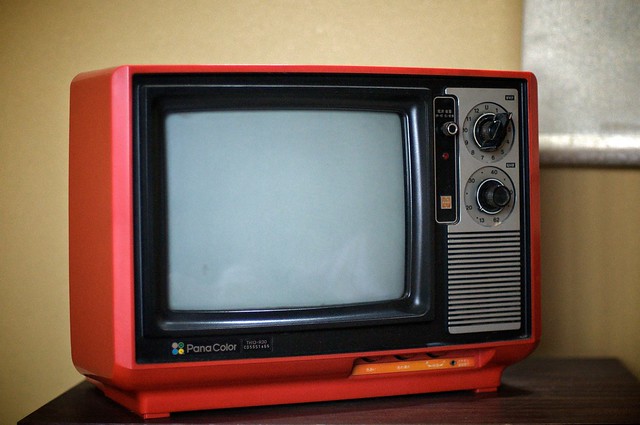 Dr. Oliver Carter (BCU) Sex 69: London, Denmark and Beyond
In September 2018, Dr Oliver Carter was awarded British Academy funding to explore the transnational development of the British pornography business, focusing specifically on its relationship with Scandinavia and the Netherlands.  Many histories of the adult entertainment business tend to identify Scandinavia as pioneers of hardcore pornographic production. However, Oliver’s previous research (Carter, 2018) discovered that Britain had an established economy of hardcore production prior to the legalisation of pornography in other European countries, despite its distribution in the UK being outlawed. This economy supplied films to Denmark, Sweden and the Netherlands through informal channels, and contributed to the development of hardcore production in these countries. In this short presentation, Oliver will present some of the preliminary findings from this research trip, and discuss some of challenges faced when researching a trade that is no longer visible in contemporary Denmark. He will also talk about his forthcoming research trip to Amsterdam, and how he ended up on German television, being interviewed about porn and Brexit! See the Eventbrite link for the full abstract.

Dr. Hazel Collie (BCU) Television the Forgettable Medium: Material Objects and Memory Work
Television has sometimes been characterised and denigrated as eminently forgettable and ‘amnesiac’ in academic literature (Doane, 1990), with accusations that it is the ‘flashbulb’ and big media events moments which are remembered by television audiences over programming which acts as wallpaper to our everyday lives (Bourdon, 2003). Oral history work indicates that, on the contrary, historical television audiences can and do recall this ‘wallpaper’ television as the medium’s situation within the domestic sphere makes it pivotal to moments of familial intimacy which are more easily recalled (Collie, 2013). However, in these same oral histories another way that audiences recall and memorialise television is through the collection and maintenance over time of televisual artefacts. These are the video tapes and the TV listings magazines which seem to no longer hold purpose but are none-the-less held on to. This work in progress contemplates the important emotional connection that generationally diverse audiences have with these objects and their significance to memory work which asks audiences to remember that which is supposedly forgettable.

Angela English (BCU) Soundscapes in local archive film
Local archive film may have no provenance, no synchronized sound and no corpus of contextual information available. My research into local archive film, public history, place and audience reception has shown that many of these films have commentary, vox pops and natural sound as well as diegetic music and library music dubbed on to provide atmosphere. This paper explores how these soundscapes help contextualise this archive film material and how audiences might respond to this. I will explore this through analysis of the findings of recent audience engagement studies I have undertaken using creative interventions into practice with archive film. These studies involved screening archive film to local community audiences in outer London and four New Towns on the periphery of London. See the Eventbrite link for full abstract.

Dr. Vanessa Jackson (BCU) Oral History Revelations
Over the last couple of years I’ve recorded a number of video oral histories with key figures from BBC Pebble Mill. Over the course of those videos I’ve discovered some moments of historical significance that I was formerly ignorant of: stories that haven’t previously been publicly told. These revelations include how the BBC Asian Network began, how Radio 2 was nearly relocated in Birmingham, and when the seeds were sown to close network production at BBC Birmingham. I’m not sure how best to turn these revelations into research outputs, and would be grateful for the advice of colleagues on the best route.

Dr. E Charlotte Stevens (BCU) Untitled Work-in-Progress
This presentation comes as I sift through recent work on archived media fans’ letterzines from the late 70s through mid 80s. Growing out of the science fiction APA fanzine scene, letterzines contain primarily letters of comment (LOCs) between fans, and as such capture conversations about the objects of their fandom. Letterzines focused on television texts contain a range of information of interest to a historian: interpretation of character and narrative, discussion of related fan activity (e.g. fan conventions), and descriptions of how fans were watching television when VCRs started to saturate the domestic market.This presentation reflects on the process of working with these archival documents, some of the ethical considerations in working with material from this community, and some findings that I’ll be sharing in a book chapter about historical ‘binge-watching’ (which pre-dates DVD box sets by at least 20 years).

Dr. Nick Webber (BCU) Archives of role-playing’s personal pasts
Tabletop role-playing games (TRPGs) are complex sites of play, and implicated in the production of meaning and affective relationships, characterised by emotional-physical responses. Role-players are encouraged, through the structure and affordances of these games, to build such relationships with (their) game characters, supporting the development of serial narratives and experiences across multiple game sessions. In this short paper, I discuss how these affective connections are built and maintained through, and in relation to, character (record) sheets, used in a range of games to specify, represent and ultimately capture and preserve game characters. The specific material qualities of character sheets allow them to extend the affective connection between player and character into the out-of-game space, and to contribute to the tangible biography represented by a personal archive (Kibby 2009, 441), as a biography both of player and character, and their affective relationship.

Oliver Carter is a Senior Lecturer in Media and Cultural Theory at Birmingham City University. He researches alternative economies of cultural production, his current work looks at the development of the British adult entertainment business, and its relationship with Denmark. He is the author of Making European Cult Cinema, and has produced the television series Sexposed, and the film Hardcore Guaranteed. He is currently working on his latest monograph: Under the Counter: Britain’s Illicit Trade in Hardcore Pornography 1960-2000

Hazel Collie is a lecturer in Media Theory in the School of Media at Birmingham City University. Her research centres around media audience histories, using oral history work to understand historical connections between the lives of media users, the media they consume and the wider social and cultural contexts against which this consumption occurs. She has published work in Screen, VIEW and Media History.

Angela English is a 4th year Midland 3 Cities/AHRC funded PhD researcher at Birmingham City University. Her research focuses on local archive film, public history, place and audience reception. Of particular interest is the role of archivists/practitioners in creative practice with archive film material.  From  2006-2015 she was the Research and Development Officer for the London Screen Study Collection at Birkbeck College, University of London where she was also an Associate Lecturer in Film and Media.

Vanessa Jackson is a former BBC series producer. She completed her practice-based PhD in television historiography, under the supervision of Professor John Ellis, at Royal Holloway, University of London in 2018. Her research interests include the history of television, as well as the uses of social media in community history projects. She has also published on the use of social media in enhancing student employability, and student engagement.

Charlotte Stevens is a Lecturer in Media and Communication at Birmingham City University. She has published on fanvids, videogame fan histories, screen vampires, and poetic television documentaries on the BBC. Her current project explores the ways videotape informed viewing practices and discussions of television and film by fans in the 1980s.

Nick Webber is Associate Professor in Media at BCMCR. His research focuses on (video)games, cultural history and identity, and his current projects explore the historical practices of online game communities and the concept of the culturally ‘British’ video game.