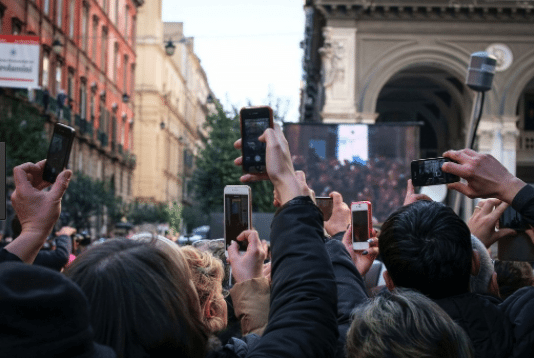 This talk is drawn from a forthcoming book After Charlie Hebdo, that analyses the aftermath of the attacks in Paris in January 2015 as ‘Charlie Hebdo’, a transnational political and communicative event. It will focus on the ways in which the attacks were understood as an attack on free speech, and free speech, in turn, was framed as a defining European value. This framing was intensively contested in the storm of reaction and comment that took shape in the immediate aftermath of the attacks, positioning ‘Charlie Hebdo’ as a mediating object for a knot of political tensions, competing imaginaries and interpretative conflicts that have been taking shape in European public spheres for decades. While the insistence on the frame of free speech was met with charges of political hypocrisy, this talk takes a different approach, mapping out how the aftermath of the attacks produced divergent and often very different debates and conflicts over the question of freedom of speech. Understanding these divergences, the talk will suggest, is central to understanding why conflicts over freedom of speech are so prevalent in an era marked by communicative abundance.

Dr. Kirsten Forkert (BCU) Post-imperial amnesia, and the inability to imagine “others” in times of war
The talk will draw on insights from the AHRC-funded collaborative project, Conflict, Memory, Displacement, which explores responses to the European refugee crisis. I will explore the role of post-imperial amnesia in shaping how the British news media interprets global wars and population movement. This ‘forgetting what others remember’ (Hesse 1997) entrenches a sense of superiority in relation to other parts of the world and can create impasses for media audiences in understanding and responding to global conflicts.  Drawing on interview and workshops with asylum-seekers in Birmingham and Nottingham, I will also explore how memories of colonialism and Western interventions in the countries they had left provided a framework for respondents to understand global inequality and map their personal experiences onto it.
Gavan Titley is Senior Lecturer in Media Studies at Maynooth University, and for 2017-18 a Visiting Researcher at Helsinki University. After Charlie Hebdo: Terror, Racism and Free Speech is published by Zed Books in November 2017.
Kirsten Forkert is a Reader in the School of Media at BCU and is Principal Investigator in the Conflict, Memory, Displacement project, which was developed in collaboration with Gargi Bhattacharyya (UEL), Federico Oliveri (University of Pisa), Janna Graham (Goldsmiths), and community organisations in London, Nottingham and Birmingham.
Free registration at this link