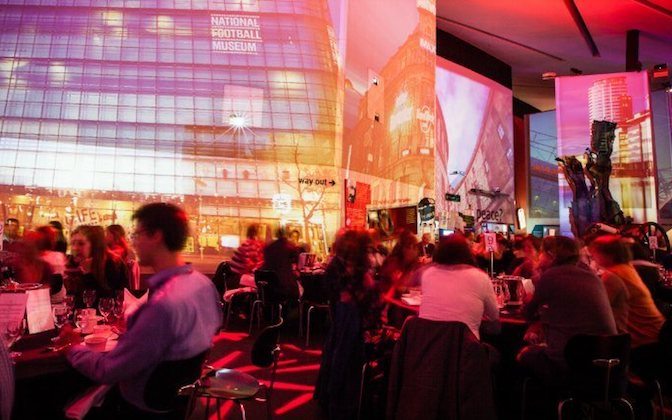 The DCDC17 (Discovering Collections, Discovering Communities) Conference was organised  jointly by the National Archives and Research Libraries UK  and was held at The Lowry, Salford Quays 27-29 November 2017.

The   conference theme was the cultural value of collections and the creative economy. Archives, museums and libraries explored engagement with communities in a wide ranging variety of ways.The conference was held over three days and there were 400 delegates and 70 speakers from 45 organisations UK wide. There were 4 keynote speakers and a very large number of panel presentations and individual papers. I attended days two and three of DCDC17 as I knew this conference would be of great value and relevance for my doctoral research on local archive film and public history. I received a Student Development Fund award from M3C to attend the conference.

I also hoped the conference would advance my ideas and give me impetus for my primary research, enabling me to locate this within current debates in the sectors. I also hoped for an opportunity for networking and meeting with colleagues and for discussion of new and ongoing initiatives in work in archives.

These aims were largely met in an intense and slightly frustrating two days: the conference was so big and with so many interesting panels and talks, it was sometimes difficult to decide what to attend. All panels were very crowded so Q&A sessions were not always satisfactory.

Despite this, I attended panel sessions on: the impact of the archive, library and museums sectors on communities of academic practice; curative collections and the preservation of voices in dissent, conflict and displacement; heritage and the human experience-hidden voices, social cohesion and diversity. These sessions included speakers from Kings College, London, the British Library, the Tate, National Trust, the Wiener Library and the Museum of Liverpool to mention only a sample. Projects of interest included: rethinking online access to Holocaust testimony; enabling discovery of disability history in UK archives; the Endangered Archives Programme of the British Library which seeks to support archives internationally that are at risk due to neglect, poor storage or environmental conditions. These projects gave me new insights into aspects of my research into the local and public history, especially in terms of ‘hidden’ histories and how to open archives and collections to minority groups whose voices might not otherwise be heard.

A project of particular interest was the King’s College, London work on impact of the archive, library and museum sectors on communities of academic practice. After surveying how impact within the sector was reported in REF 2014, their report ‘The creative role of research: understanding research impact in the creative and cultural sector’ was published in 2017. I received a hard copy of the report at the conference which I can lend out and it can be accessed online at : kcl.ac.uk/culture . Twitter: @CulturalKIngs

In terms of networking I engaged with several archivists over excellent refreshments. They expressed interest in being part of my primary research. One of the issues arising from my early research has been that moving image archives often have less status or value that of other archival artefacts. This was borne out by the conference as moving image archives did not feature much as a central part of projects undertaken. One archivist commented to me that her archive contained film but that her managers considered it ‘too difficult’ to make this accessible.

Keynote speakers were very inspiring especially the Deputy Artistic Director of the Southbank Centre who spoke of archives as ‘a visionary spirit, the deposit for the future yet to come’.

This was the fifth annual DCDC Conference and I hope to return next year.