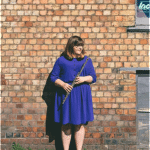 Defining the differences between American and English flute schools in the 20th century: How pedagogy effects performance practice

Differences between the flute pedagogy and performance practice customs, specifically those of the United States and Great Britain – who are arguably very similar culturally – is an area that has been overlooked. With the addition of recording technology and the advancement in international travel, the last ‘modern accounts’ of American or English flute schools focus around the turn of the century between 1890-1940, when both schools adopted more of a French approach. There has been no further investigation on the teachings and performance practice in recent years, leaving a large gap for those who teach or perform abroad. What is the difference between American and English flute playing and pedagogy? Are these variances enhanced through individual playing styles, or is there a historical background that can explain how the flute is taught in higher-level education?

Thus, the focus of this dissertation would be to use historical family trees, pedagogical references, recordings and recital performances as a way to define the differences between the current American and English flute schools.