Literature and Ritual – a trip to Berlin by Regina Seiwald 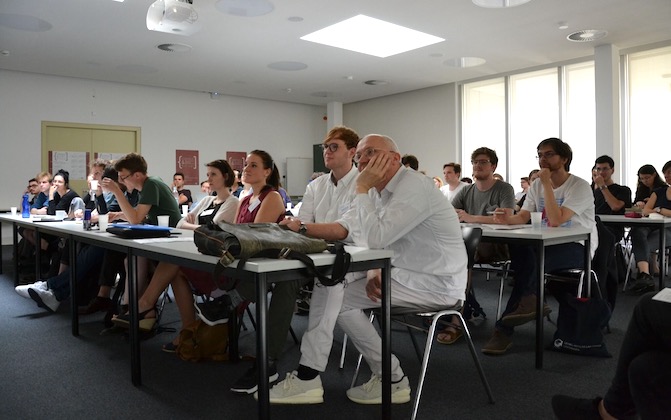 Participating at the 8th SKK (Studienkongress Komparatistik), which is the largest conference for comparative literature in the German-speaking academic world and has previously been hosted by the University of Vienna and the University of Munich, was a great opportunity to present a part of my PhD research to an international and broad audience of experienced academics. The conference’s general focus is on breaking the separating wall between literature produced in different languages from a perspective within German philology, meaning that world literature is put in relation to German literature in order to determine common concepts and theories, yet also what can be gained from any innovations in other philologies. Since my area of research – metafiction in the contemporary British novel – is situated on this liminality between normativity and reflexivity, this conference provides me with a forum where I can present and discuss my ideas, while simultaneously being able to engage with new topics.

This year’s SKK focused on the relationship between literature and ritual. The topics of the individual papers ranged from an engagement with specific authors, for whom rituals play a central role, to an exploration of themes in various literatures or even aspects surrounding literature as a cultural good, such as festivals and book prizes. The topic of my paper was “Ritualisierte Ritualbrüche in der Literatur” (Engl. “Ritualised Breaks with Rituals in Literature;” presented in German); my central argument has been that literature needs to break with formal rituals (in the sense of conventions, such as presenting a narrative in a linear mode) in order to progress. Thus, breaks with rituals are an integral part of literature. The presentation went very well and the follow-up questions led to a stimulating discussion.

What I particularly gained from this conference is a comparative perspective on my hypothesis, meaning that its validity has been tested in recourse to a German-speaking literary tradition. The keynote-speaker, Prof Klaus-Peter Köpping, in particular, addressed many of the theoretical aspects concerning rituals in his lecture entitled “Langeweile und Überschwänglichkeit: Rituale als ambivalente kulturelle Prakitken” (Engl. “Boredom and Exuberance: Rituals as Ambivalent Cultural Practices”), which will certainly have an impact on my subsequent engagement with this topic. 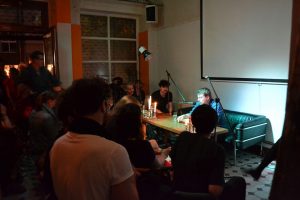 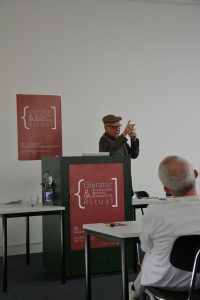 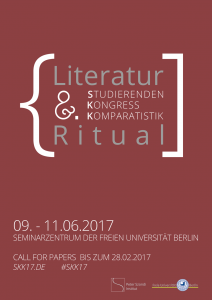 Regina Seiwald is a third-year PhD student at the School of English, funded by a STEAM Scholarship.