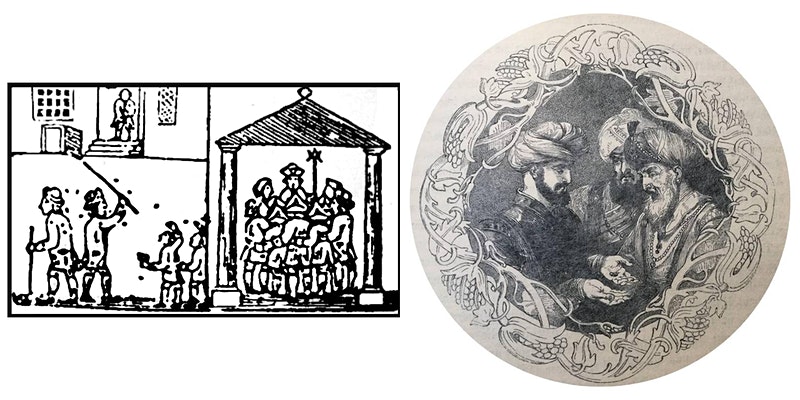 To book your place for this free event, please click here.

THE DUNN FAMILY OF CHAPBOOK PRINTERS AND THE WOODCUTS OF ‘R.M.’

John Dunn of Whitehaven was the first printer of chapbooks in Cumberland, after an interregnum when the business was in the control of his brother-in-law, his daughter Ann, and son Brownrigg Nicholson re-established and continued the tradition. I will outline the history of the business during the second half of the eighteenth century before concentrating on the woodcuts used in their chapbooks. For the most part those chapbooks, carrying one or other of their imprints, contain woodcuts signed ‘R. M.’; however, the situation is complicated by the same man’s work being found in other non-specific imprints. All the known woodcuts by ‘R. M.’ will be examined, their appearances reported and occasionally their influences and other versions brought to notice. A tentative identification of ‘R. M.’ will be made.

‘AN HONOURABLE, ELEGANT AND LUCRATIVE EMPLOYMENT’: WOMEN AND THE PRACTICE OF WOOD-ENGRAVING, 1830-70.

Throughout this period women were exhorted to participate as wood-engravers in the commercial production of visual imagery, on the grounds that an independent and artistically-satisfying living could be made. This talk focuses on three initiatives to facilitate this: William Harvey and John Jackson in the 1830s, the Department of Science and Art in the 1850s, and the Society for the Promotion of Employment for Women (SPEW) in the 1860s. Consideration of their success, or otherwise, and the subsequent career trajectories of some of the women who participated, reveals the changing structure and values – economic and artistic – of wood-engraving over this forty-year period.